The Mad Wizard Shawn Merwin and Teos "Alphastream" Abadia dish about everything D&D with a focus on the brand and newest edition of the world's most popular Tabletop RPG.
Post Reply
1 post • Page 1 of 1

My copy of the Goodman reprint of Expedition to the Barrier Peaks arrived today. 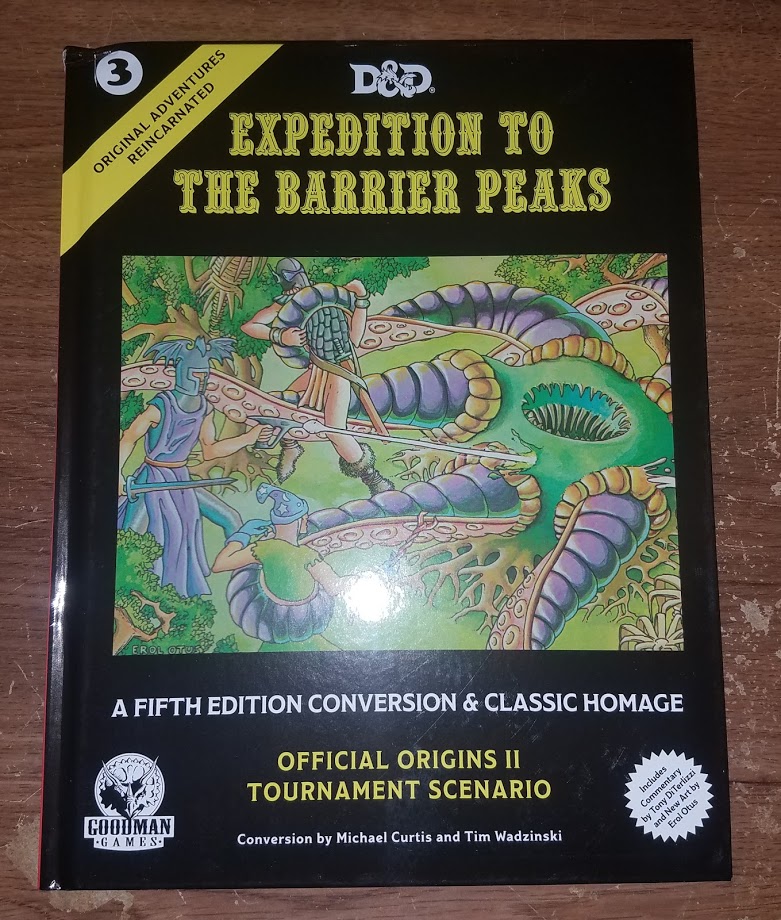 The production values look like they went up this time around, with glossier paper and a cloth bookmark.

If anyone has followed my previous discussions on this series, Into the Borderlands didn't do much for me, and The Isle of Dread made some really harsh mistakes for a modern adaptation to make that were pretty culturally insensitive and tone deaf. I was tempted not to pick this one up, but I had several people say they were really interested in my review of it. 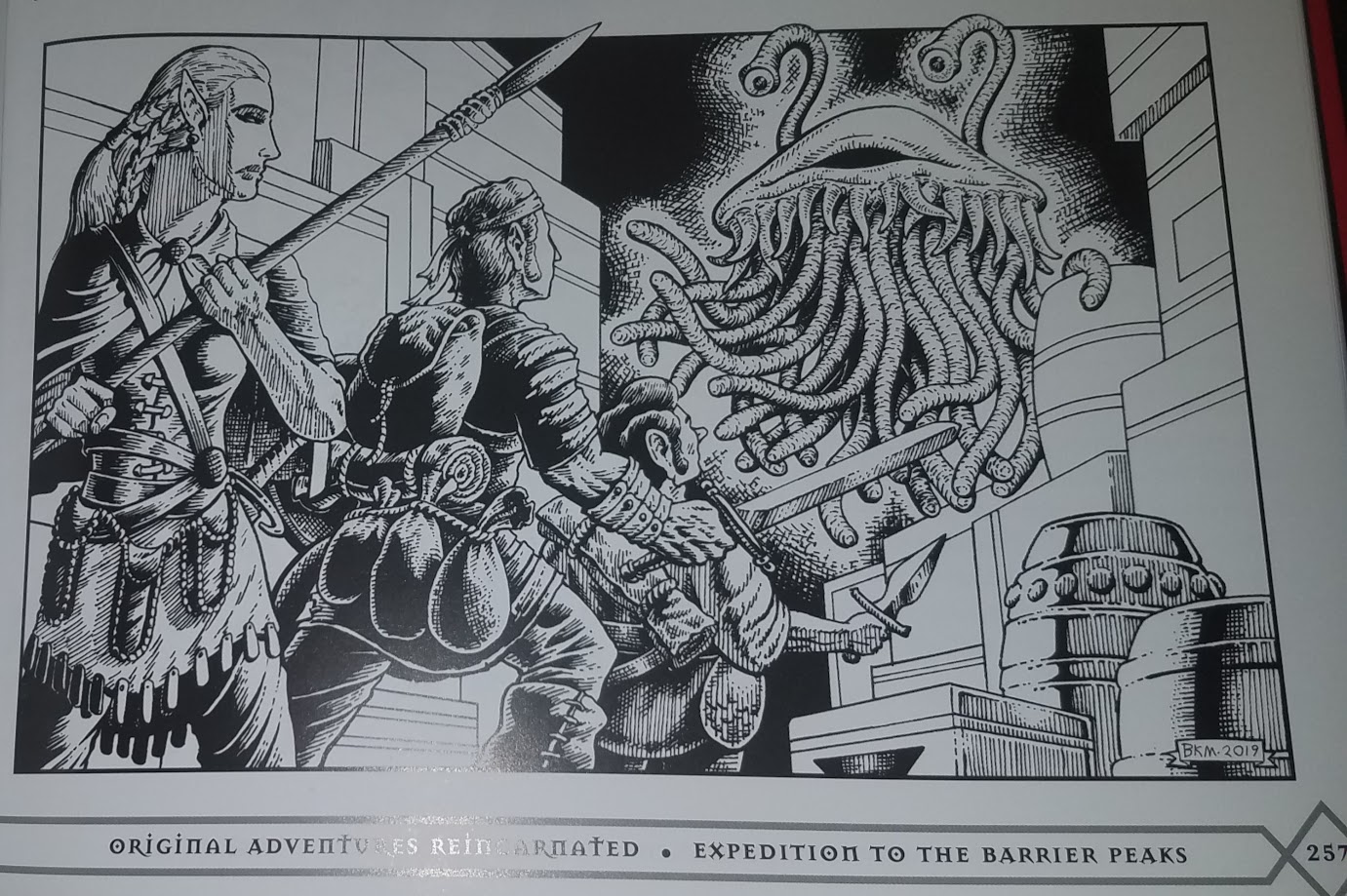 I have to admit that my curiosity is piqued now, because I noticed that Micheal Curtis worked on the conversion instead of one of the previous people that worked on the adventures, and I want to see if that changes the updated adventure portion.

They also got Erol Otus to do some original artwork for this volume as well.
My Blog: https://whatdoiknowjr.com/

Return to “Down with D&D”