Watch along and discuss a curated selection of episodes from Star Trek: The Next Generation and join for weekly watch parties!
Post Reply
6 posts • Page 1 of 1

This week, I added one episode to the watch list. I added Season 2 Episode 1, because there are a number of changes that take place between Season 1 and 2, and they are summarized in the first few min of this episode. Also, some new characters are introduced, one character is on hiatus, and a new important set is added to the show.

Season 2 is a pretty solid season. It's clear that the budget for this season was increased from the first season. The show looks better, overall, and the cast has better settled into their roles. But most important is... the beard.

This week, we will do a double-feature watch party watching the Season Opener and another early episode from this season.

As you can see by the episode names this season has the appearance of Q. I will talk more about that episode later in the week. 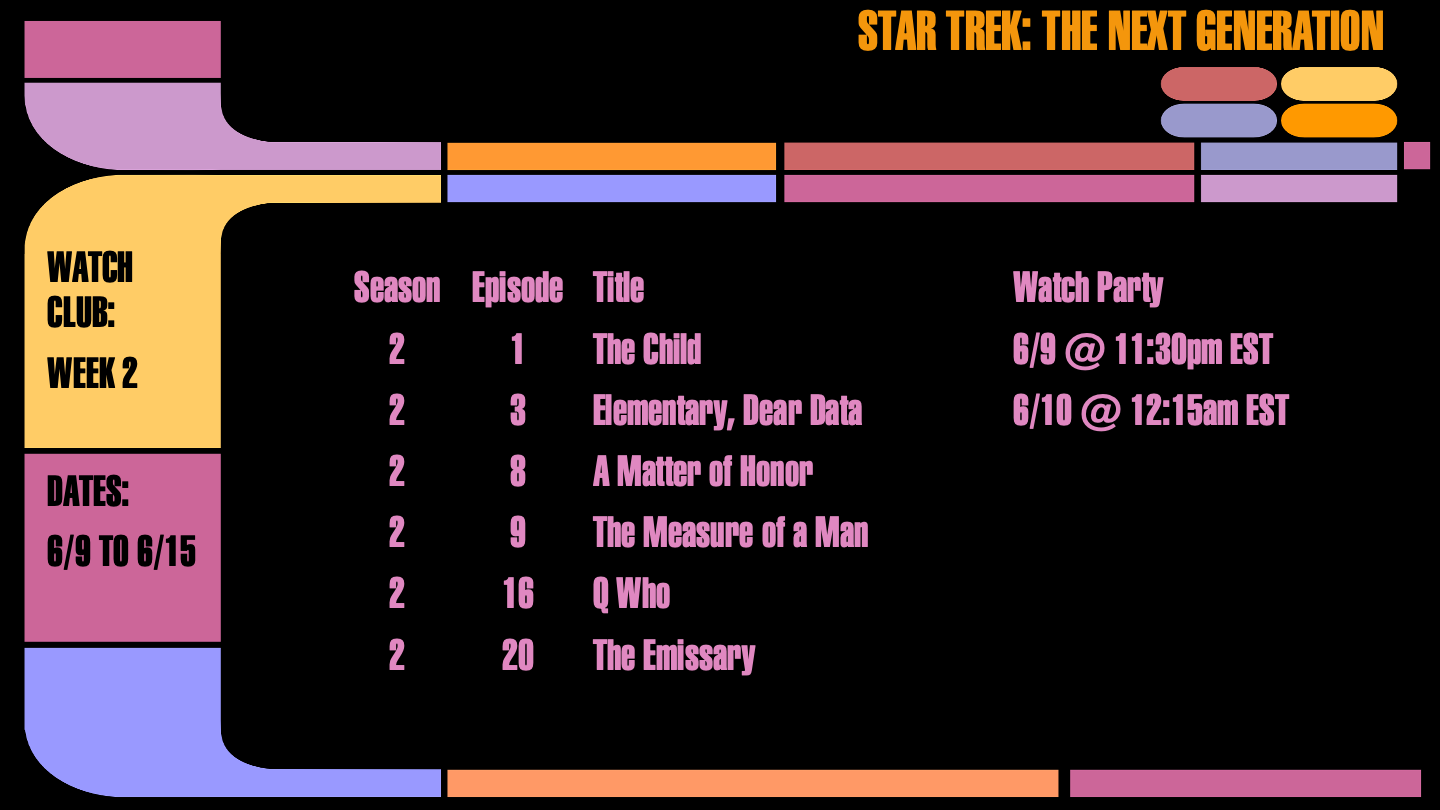 I will post the link for the watch party, on Tuesday evening, here in the chatroom, around 11:20 pm EST.
Top

I just realized we're watching this on my birthday. I might hop on the Mumble for that.
Top

I think that is a solid way to spend a birthday!
Top

I honestly forgot how much good stuff is in Season 2. "The Measure of a Man" is definitely one of my favorites of the entire series. Top five easy. Maybe top three?!
Need help with the Forums? Hit up the Questions and Feedback board!
Support Misdirected Mark Productions on Patreon!
Top
Post Reply
6 posts • Page 1 of 1

Return to “Star Trek: The Next Generation Watch Club”