Watch along and discuss a curated selection of episodes from Star Trek: The Next Generation and join for weekly watch parties!
Post Reply
3 posts • Page 1 of 1

This week, we move through the last third of Season 6, stopping just short of the season finale. This week we are going to cover a number of good TNG episodes, as the writing in this second-to-last season, is excellent. Not every episode needs to be a critical reveal to an excellent Trek episode, and this season is proof of that.

We are going to start with a two-part episode that is going to be our first look at Deep Space nine. By way of background by the time Birthright aired DS9 had been on the air for 3 months. The pilot of DS9 has it's own TNG crossover, so technically it's the second crossover between the two series.

From there we have a number of enjoyable episodes that will grow characters and deepen the world of Trek. We will end on an episode that it one of my favorites and has wonderfully complicated drama (Senda will be delighted). 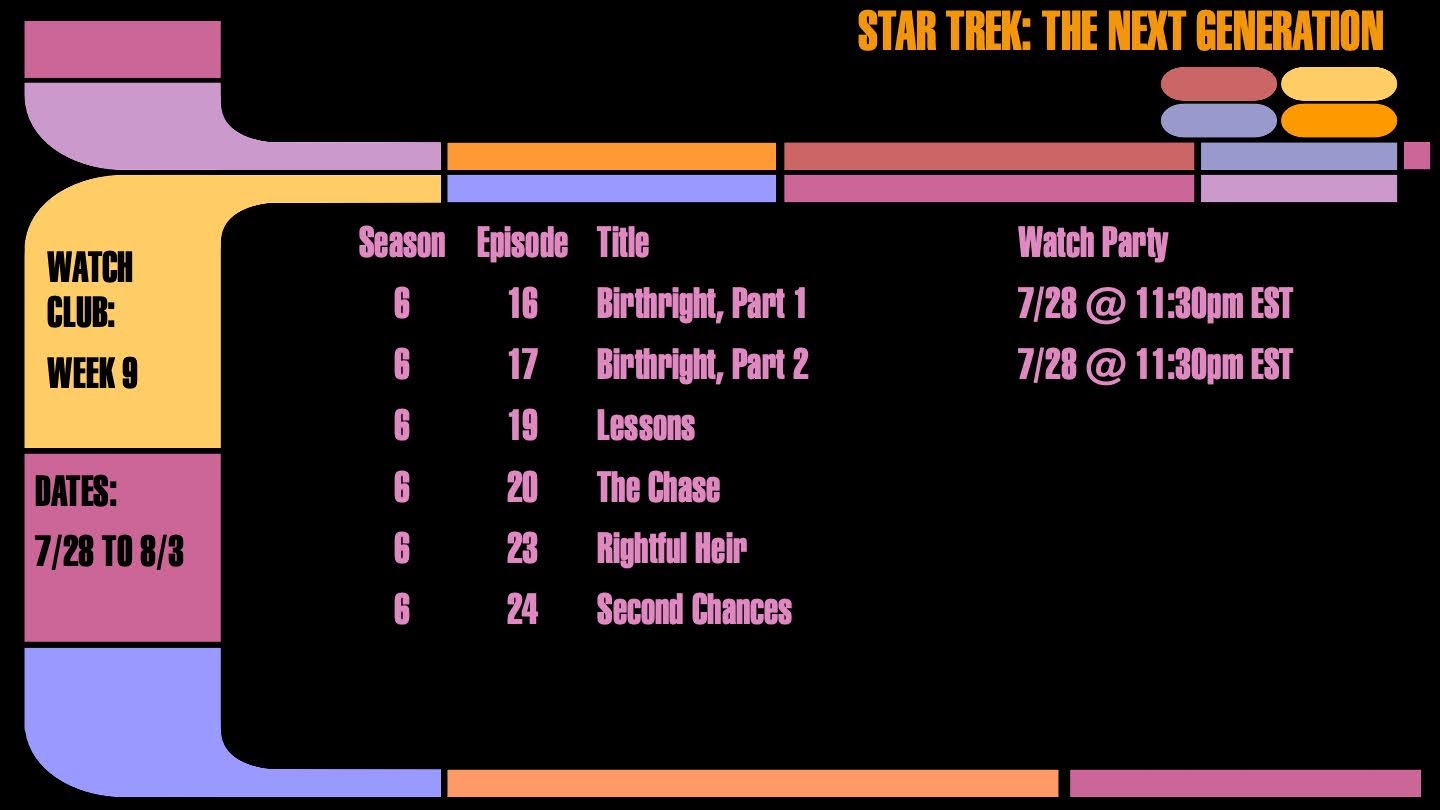 The watch party is a two-parter so only one URL will be necessary. I will post it, in all the normal places.
Top

Return to “Star Trek: The Next Generation Watch Club”