by dnaphil
Welcome to Deep Space 9

This week we start Deep Space 9, which is my favorite Star Trek series. In later posts we will talk about why this is my favorite, but needless to say, I will be gushing about various episodes over the next few weeks.

We start this week with the two part pilot episode, Emissary, that will introduce us to the main crew, a number of the minor characters, as well as to Deep Space Nine, which in of itself is its own character.

This week the selected episodes will be introducing characters, many of which we will see throughout the series. 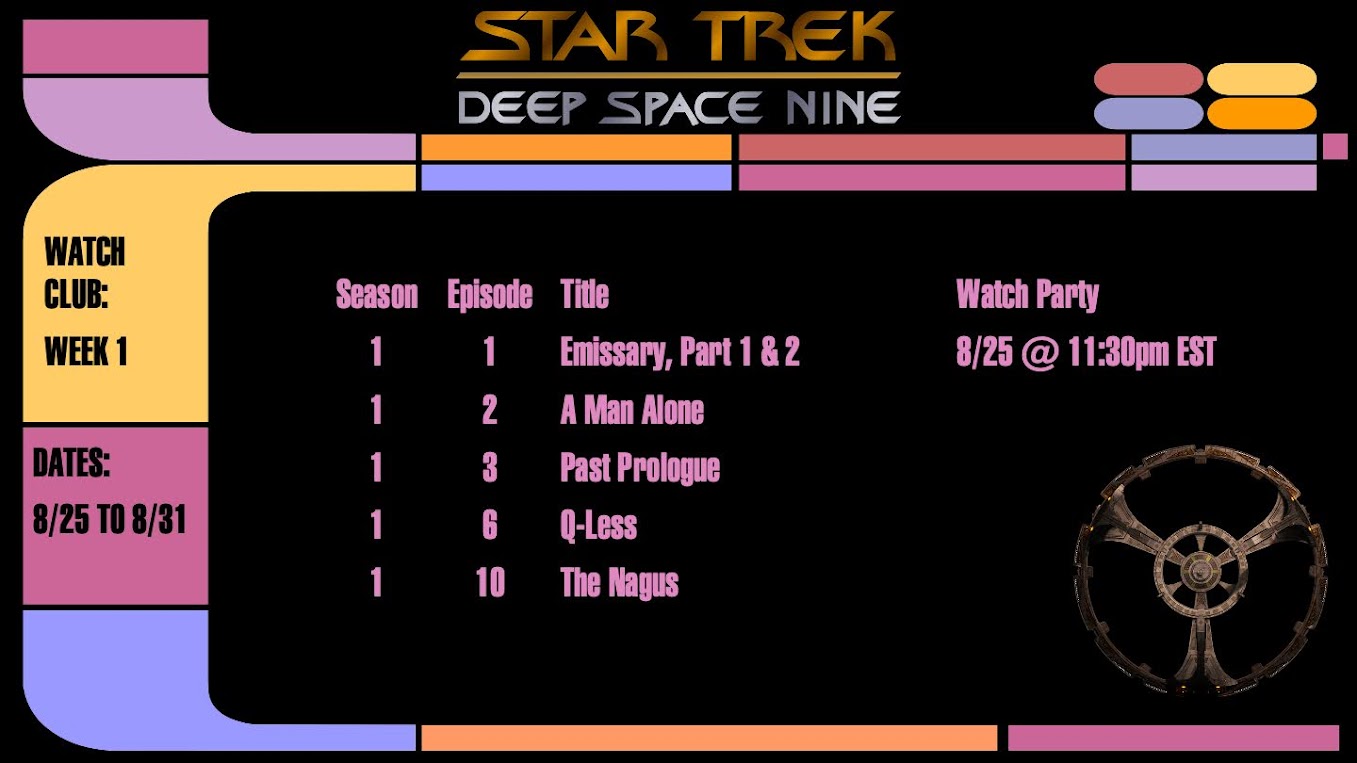 For way of comparison, Season 1 of DS9 overlaps with Season 6 of The Next Generation. We will see this quite a bit this season, as there will be a number of cameos from TNG characters, as they help to launch the new series. We will see this right from the get go n Emissary and again in Q-Less.

Bonus Episodes
If you have time this week there are a number of other good episodes to watch in this first installment. Here are some some suggestions: In addition, S1E9 - Move Along Home is considered to be the worse episode of the series. Not Skin of Evil bad, but more Sub Rosa bad. For many DS9 fans this is considered the low point of the series.

by pksullivan
Hey, now! I find "Move Along Home" to be a fine Doctor Who episode.

by OldManLogan
Just wanted to drop in a content warning for anyone who is looking to watch s1e4 - Babel. It centers on a virus that results in the station going on quarantine lockdown.