Watch along and discuss a curated selection of episodes from Star Trek: The Next Generation and join for weekly watch parties!
Post Reply
5 posts • Page 1 of 1

We are now entering the best seasons of DS9. Season 3 saw the departure of the original showrunner, Michael Pillar (who left to start Voyager) and the arrival of Stephen Ira Behr. Now Behr is fully at the helm of the show, and we are about to kick into warp speed. Behr is the driving force behind making the show more Serial, and with that we are going to get more secondary characters and more arcs.

This season will take us another 4 weeks to get through, but I promise you, that it will be an enjoyable 4 weeks.
We are going to start with a pair of episodes that will reshape the entire series. I am sure a number of you will be quite excited.

Also in this week, we will watch The Visitor, considered to be one of the best-written episodes of the series, and Rejoined, which for those of you into the drama and feels, you will love this episode. 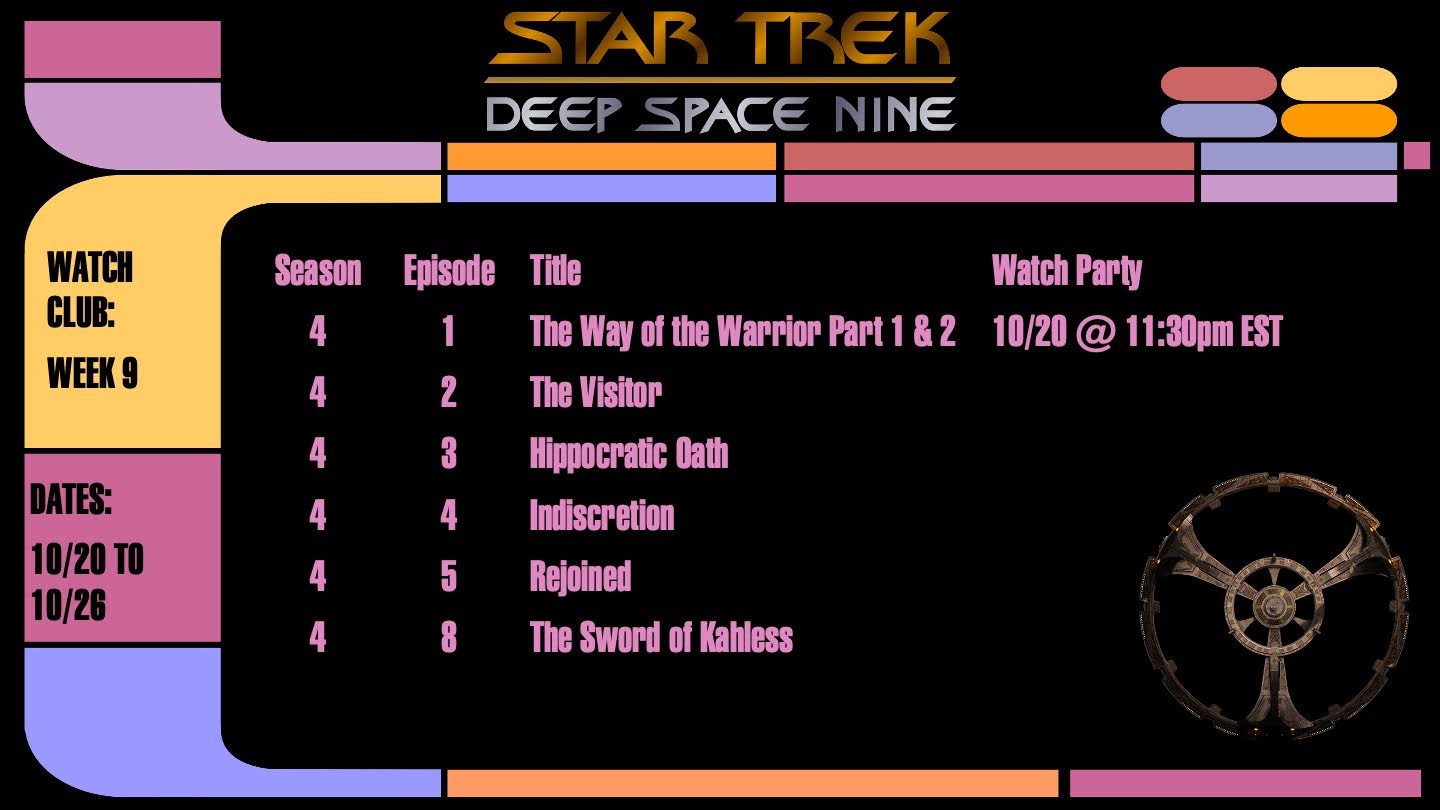 Bonus Episodes
We have a few episodes this week. Here are my thoughts:
Top

The image isn't working for me.

Need help with the Forums? Hit up the Questions and Feedback board!
Support Misdirected Mark Productions on Patreon!
Top

Yep! Fixed!
Need help with the Forums? Hit up the Questions and Feedback board!
Support Misdirected Mark Productions on Patreon!
Top