Hello and welcome to Week 14.
This week we explore the 3rd fourth of season 5. We start with two intense and plot forwarding episodes, then we change beats with some character-driven personal episodes. 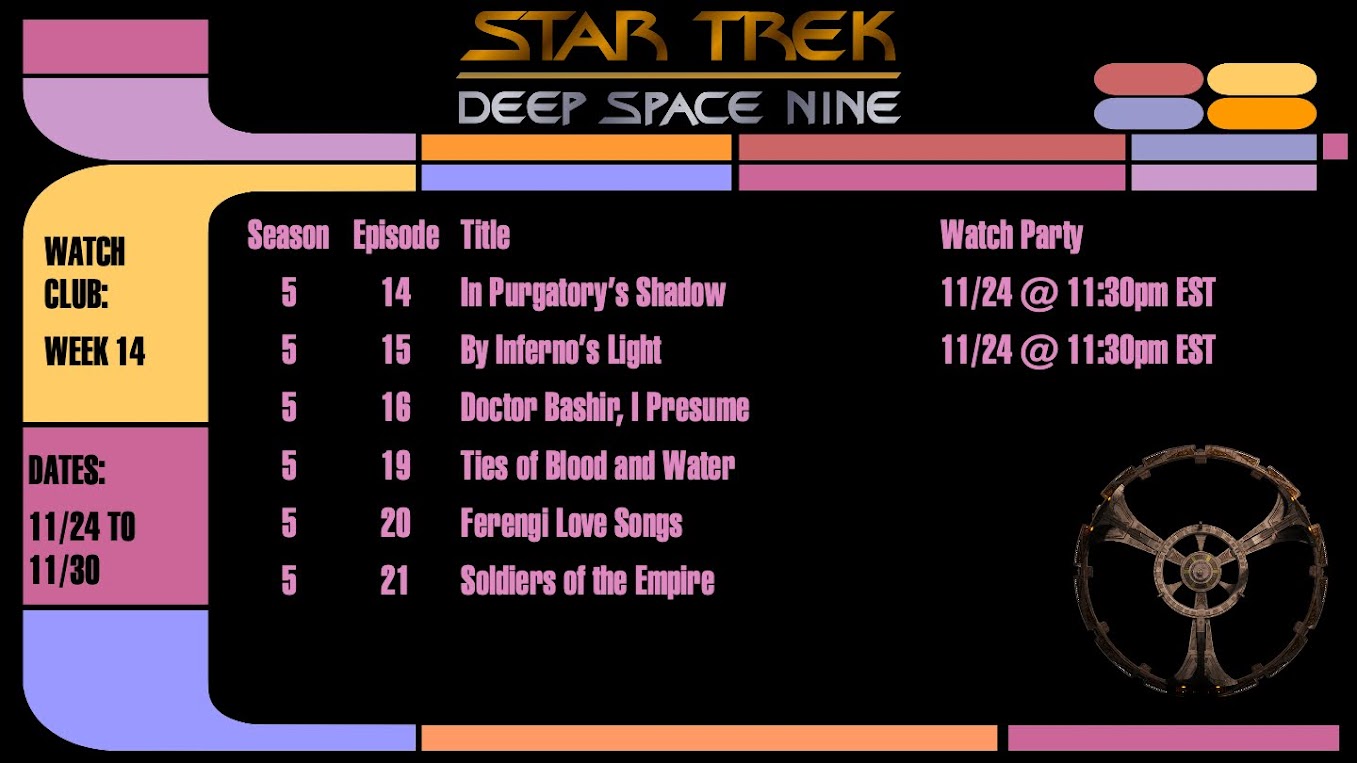 We start with two intense episodes that will change events in the Alpha Quadrant. Without giving anything away, E15- Inferno's Light has one of my favorite Worf moments in it; a contrast to some of his early times in TNG. Pay attention because there is also a big Garak reveal in the two Watch Party episodes as well.

We will see the development of several minor characters this week, and we will learn something about one of the major characters. We will also get a cross-over appearance by Robert Picardo, of Voyager. He plays the Emergency Medical Hologram (EMH). Picardo joins DS9 with a different, but a related role.

All in all, it is a solid week of episodes.

Bonus Episodes
There are two episodes this week that are bonus episodes. As with other season 5 episodes, both are good and worth watching if you have the time.
Top