Hello and welcome to week 17.

We start into the first quarter of Season 6. This week, we will conclude the storyline that was started at the end of Season 5, and we will find out if Sisko will win his bet with General Martok. Then, typical for this series, we will change beats and get to relax a bit, as the tension de-escalates a bit as we get into some lighter or at least lower-stakes episodes.

Here is our schedule for the week: 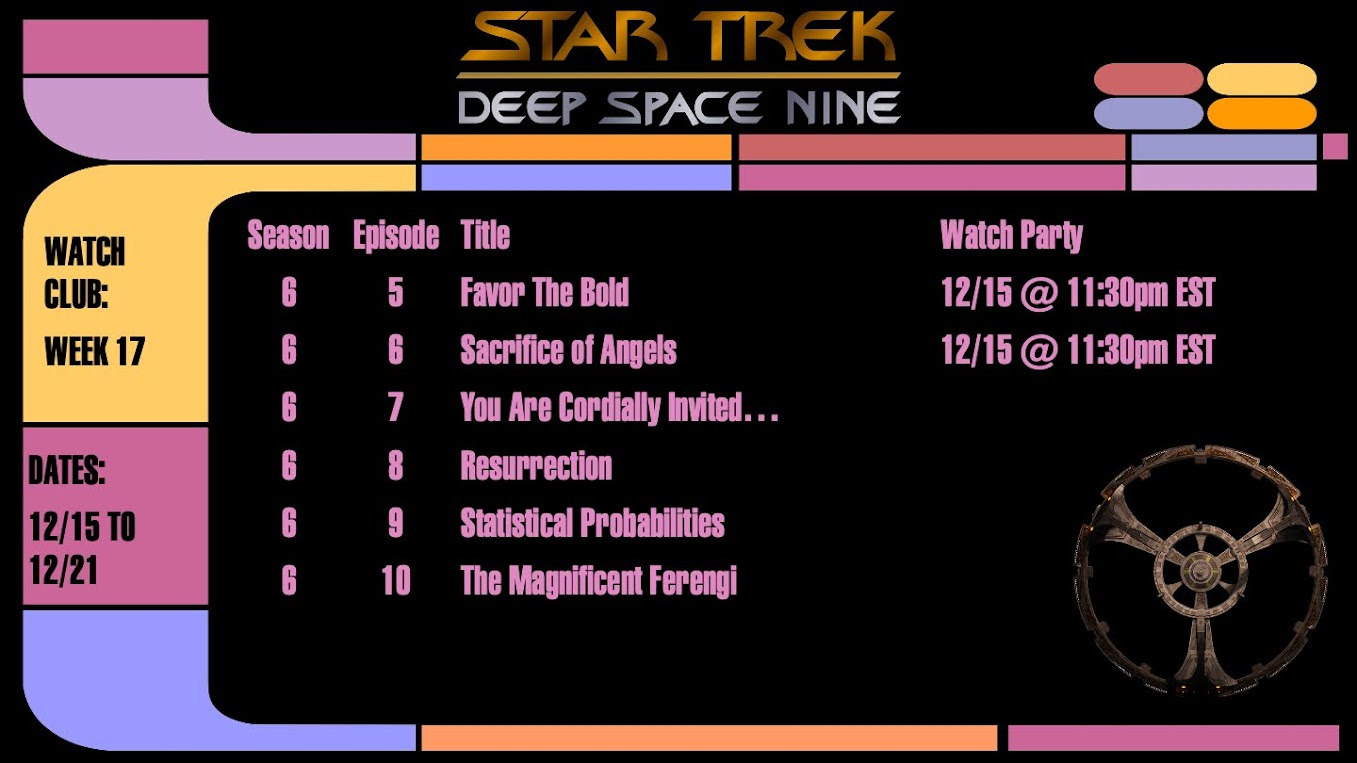 Here is a breakdown for the shows this week:

Favor The Bold - is going to set up the conclusion of this opening arc. Tensions rise the stakes for everything are increasing. This sets us up for...

Sacrifice of Angels - CW: Minor Character Death. This episode brings the opening arc to a conclusion. It is an exciting episode. A minor character is going to die during the episode.

You Are Cordially Invited - Dax and Worf's wedding. With the main arc done, this character arc is a lighter episode and quite enjoyable. I think you will all enjoy this.

Resurrection - This episode brings back a dead minor character, in a way, well that is signature for this series. It is a bottle episode, but a decent one.

Statistical probabilities - This is a Julian episode and connects to another episode later in the series. We have a chance to meet some more people who are like Julian. This is also an episode about Neurodiversity. Having two neurodiverse children, there are a few moments where I cringe, but I think the episode's heart is in the right place.

The Magnificent Ferengi - I could have easily left this episode off the list based on its impact on the series, but this one is straight-up fun. It's the least serious episode for the week, but it is a light note, before next week's episodes, the first two of which are both powerful and also some of the best DS9 out there.

Bonus Episodes
Once again, we do not have any bonus episodes as we are on such a good roll.
Top