We have a shorter list, which might be good considering the holidays, but we also have bonus episodes in case you have some extra time on your hands. 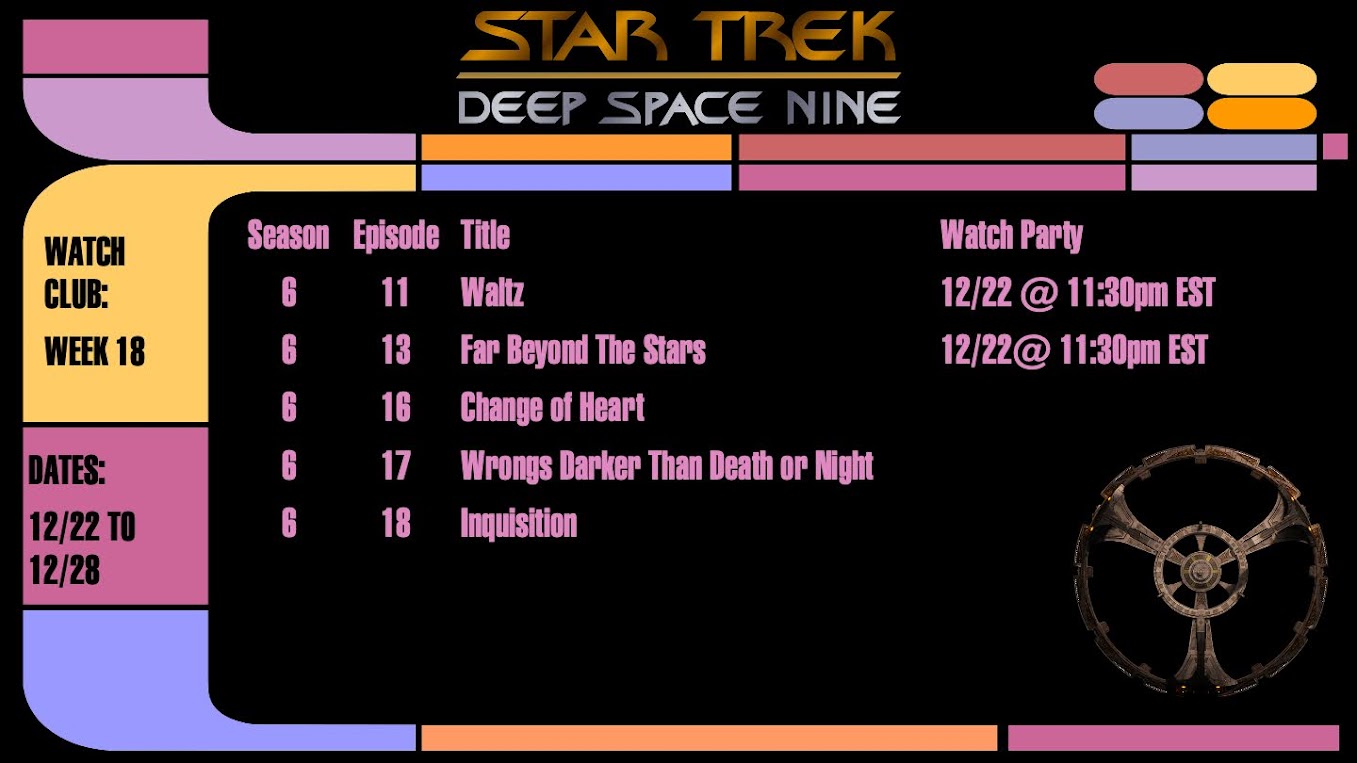 I am excited this week, as two of the best dramatic episodes are in the Watch Party (by design). Here is a rundown of our episodes this week:

Waltz -- This is Gul Dukat turned up to 11. Great drama, Mark Alaimo chewing up scene after scene.

Far Beyond The Stars -- CW: Racism. This is the best episode of the series. It is not what you expect, but it's a powerful episode that will leave you with something when it ends. Considering this past year, I think many of you are going to have some feelings after this episode.

Change of Heart -- Hard decisions is what DS9 does best, and this is a Worf and Dax episode. Solid episode.

Wrongs Darker Than Death or Night -- This is a powerful Kira episode that adds a piece to Kira's history. Not one that is comfortable and one.

Inquisition -- This is a Bashir episode that introduces a new group into the canon, one that will come up a few times before the series is done. Considering the time it came out, is also very fitting.

Bonus Episodes
We have a few this week.
Top

Wowsers, I am SUPER looking forward to Far Beyond the Stars. Been waiting the whole series for this...I'll have to see if I can manage to stay up late for the watch party.

Need help with the Forums? Hit up the Questions and Feedback board!
Support Misdirected Mark Productions on Patreon!
Top