Hello and welcome to Week 19.

This week we finish all but the Season Finale for Season 6, with the Finale taking place next week.
This week we have a number of great episodes, some of my favorite for the series. 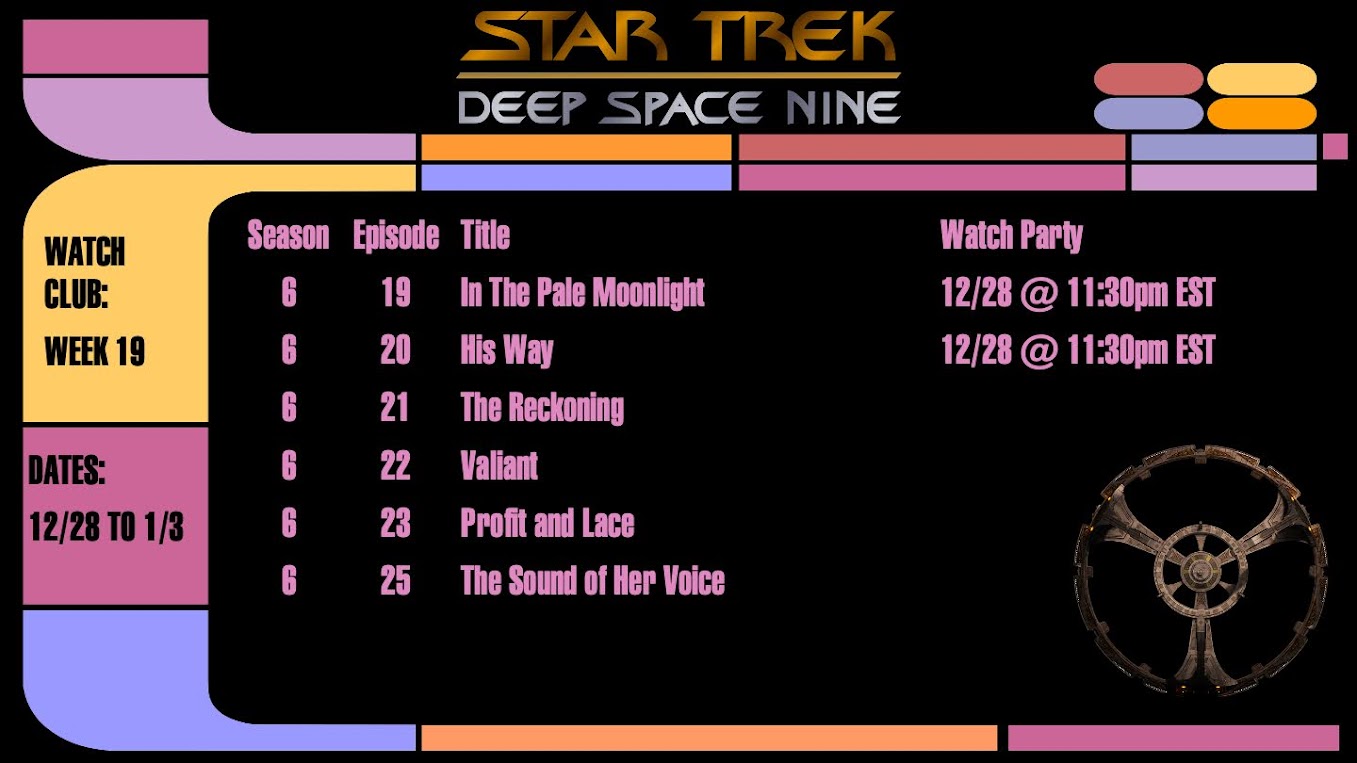 Here is a rundown of this week's episodes:

In The Pale Moonlight - While Far Beyond The Stars may be the best written and performed DS9 episode, In the Pale Moonlight is my all-time favorite episode of the series. The storytelling is great, the acting is top-notch, but for me, this is the best Garak episode, since The Wire. A treat.

His Way - We are going to be introduced to the last Minor Character of the series. He is not what you expect, but I think you will enjoy him quite a bit. Also, for you disaster romance fans there is something great for you here as well.

The Reckoning - This episode opens the door on a new threat and one that will change the shape of the series as well as raise the already high stakes.

Valiant - This is in my top five episodes of the series. It is a great Jake and Nog episode. It is hard-hitting and is what I have come to love about this series.

Profit and Lace - CW: Cross-dressing humor. Honestly, I have some reservations about this episode. It involves cross-dressing, attempting to be humorous. I don't feel qualified to say if it is offensive or not, but I was so-so on it when I re-watched it. The only reason it makes the list is that it advances the overall Ferengi plotline.

The Sound of Her Voice - This is just a well done DS9 episode. It is a bottle episode, but it hits you in the feels.

Bonuse Episodes
There is only one this week but it is one that is worth watching if you have the time.
Top