This week we conclude Season 6 and start Season 7.

This will be a tough transition. In the Season 6 finale, we are going to lose a Major Character, and it's not going to be an easy loss to take. In the weeks to come we can talk more about what happened behind the scenes, but for now, I will remain vague until we get through this week, and you have seen Tears of the Prophets.

Season 7 is the final season for the series. There are 26 episodes. 10 of them comprise the conclusion of the show. Things move pretty quickly in this season, and as they head into the finale there will be a whole lot of changes coming. 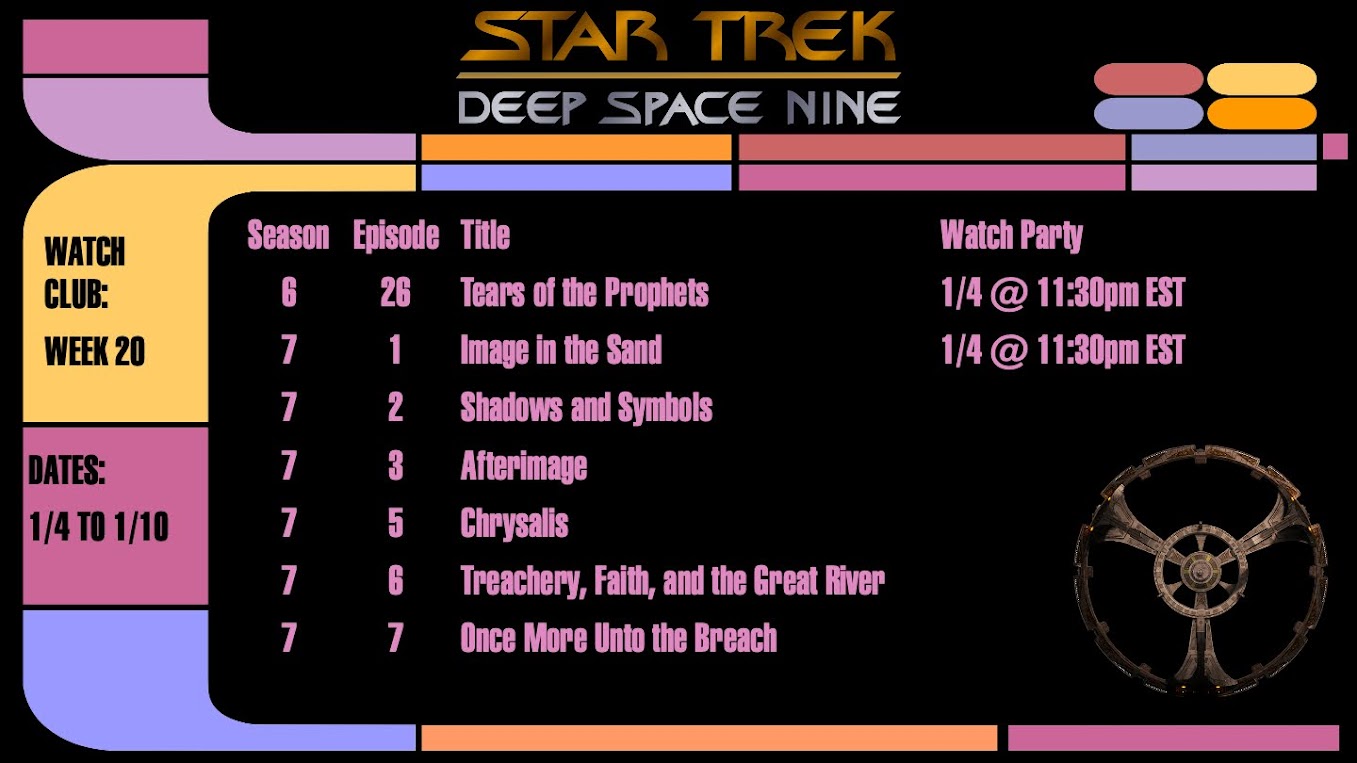 For this week, I will remain vague about some of the episodes this week as they have a lot to do with resolving Tears of the Prophets as well.

Tears of the Prophets -- CW: Major Character Death. This is the Season 6 finale, and it's a big one. A new threat is going to emerge, we lose a major character, and things get pretty dark.

Image in the Sand -- This opens season seven and things are rough, but this is an episode of revelations. Signs of things to come.

Shadow and Symbols -- This continues to deal with the fallout of what has happened, but things start to show signs of hope.

Afterimage -- A good Garak storyline and things continue to work towards resolution in the other storylines.

Chrysalis -- The return of your favorite bunch of Genetically Engineered persons. This is a Bashir episode.

Once More Unto The Breach -- The return of Kor, the Dahar Master. Much glory is to be had in this episode.