Hello, and welcome to Week 21.

We have a shorter list of episodes this week and one bonus episode. 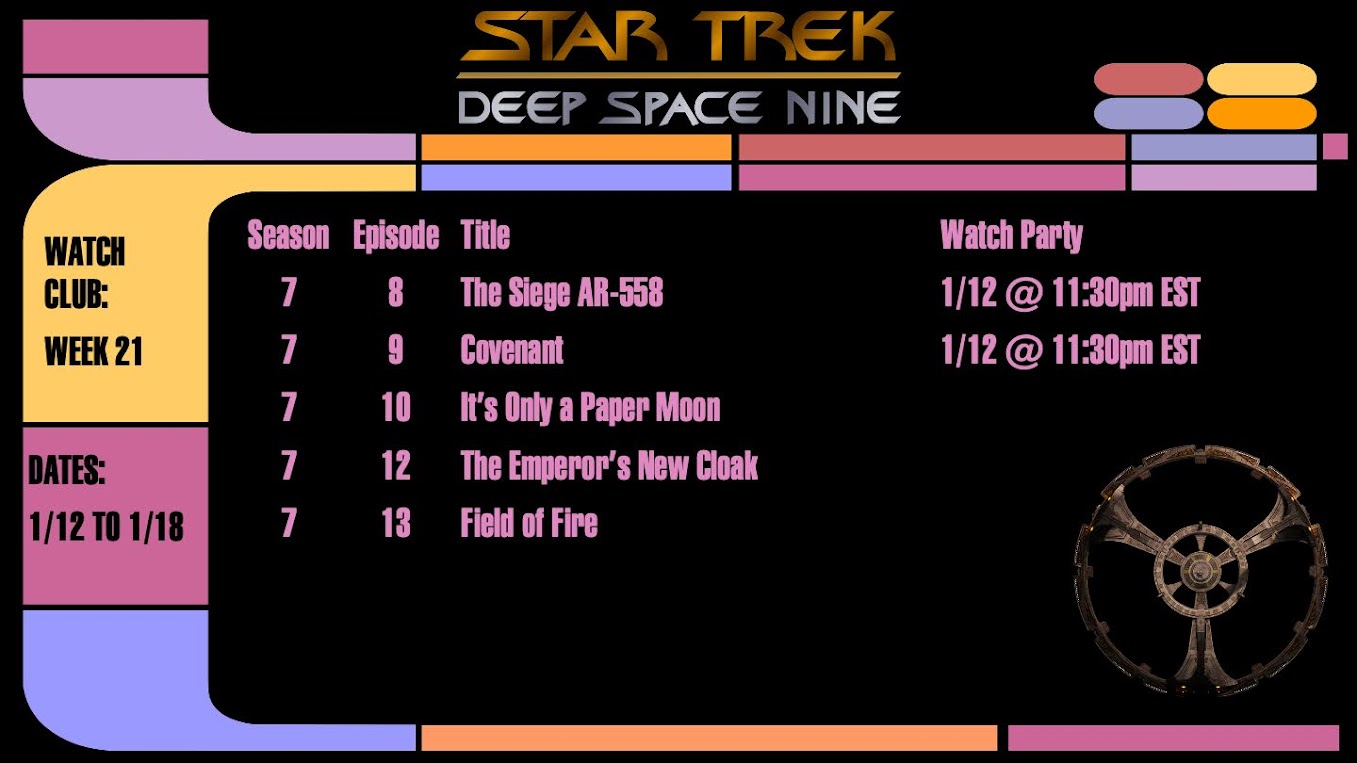 Here are the episodes this week:
The Siege of AR-558 -- This is an intense war-time episode, that shows that not everything is shiny in the Federation. Pay attention to Quark's talk about humans. Throughout the series, Quark has always been an interesting observer about humans and the Federation.

Covenant -- If you disliked Gul Dukat before... well this is your episode. Prepare to be both disgusted and creeped out. Dukat being Dukat.

It's Only A Paper Moon -- This is an amazing Nog episode, one of the best. Vic has a great role in this episode as well.

The Emperor's New Cloak -- Mirror Universe episode! A new character was added to the cast and it's time to meet her Mirror counterpart.

Field of Fire -- This is an Ezri episode. It's a bottle episode, but I think it is a good one showcasing Ezri.

Bonus Episode
We have just one bonus episode this week.
Top