Welcome to the second week of Season 4.

This week, we have some exciting episodes, as the writer's room really dials in what works for Voyager. The addition of Seven to the cast seems to spark some creativity, and the result is quite enjoyable. Here is our episode list for the week: 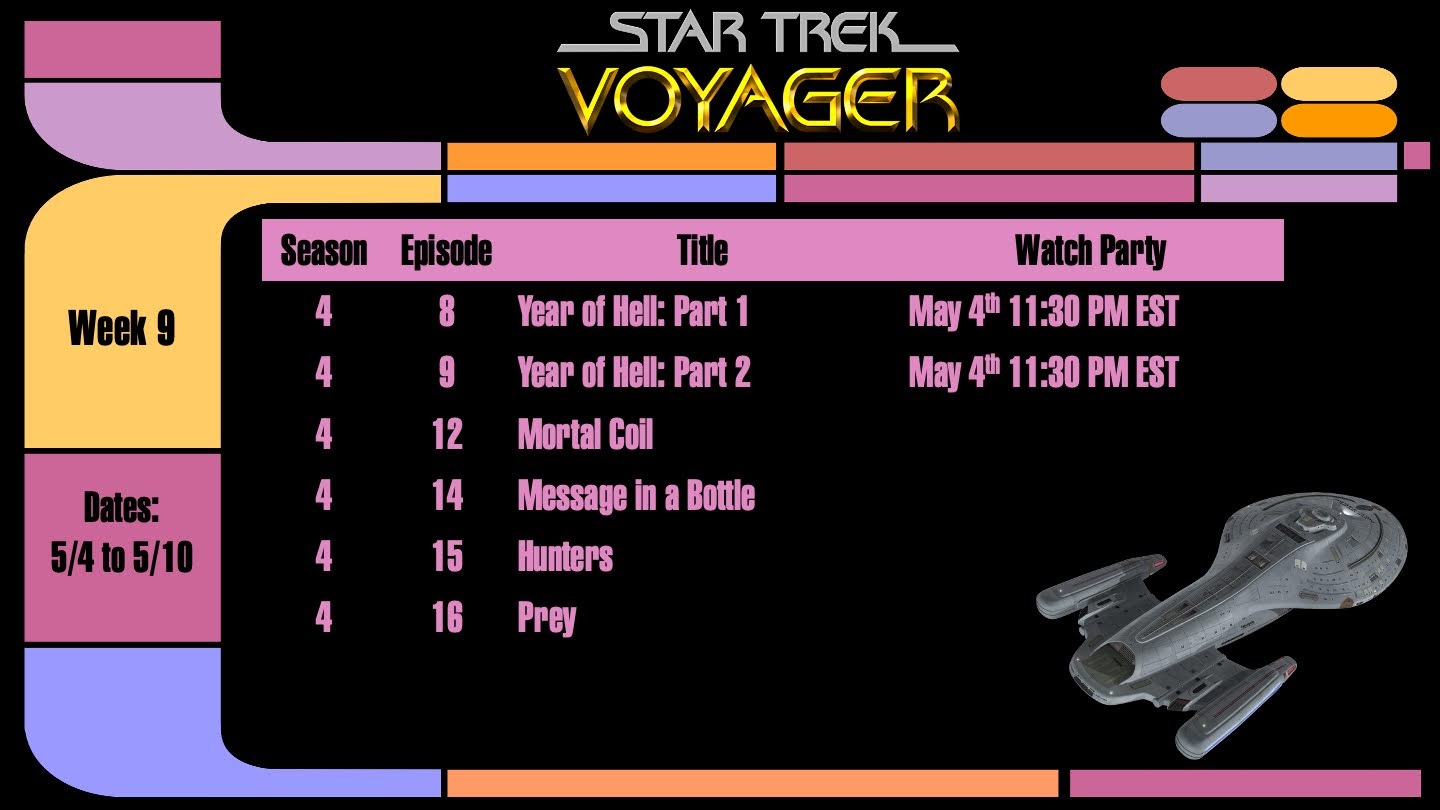 Here are my thoughts about this week's episodes...

Year of Hell (Parts 1 and 2) - Personally, I love these episodes. Great and tragic story. The foreshadowing of these episodes comes in Season 3 (Before and After). Rumors was that the writers wanted to do a whole season like this, but I am glad they went for just a 2-parter.

Mortal Coil - CW: Death, Afterlife, Suicide. This is a powerful Neelix episode. This one is on par with Jetrel. It is a heavy episode with some tough topics.

Message in a Bottle - The doctor takes a very interesting away mission, that will be raising a number of eyebrows. In doing so, the crew comes to the attention of a new alien species, the Hirogen.

Hunters - Voyager gets exciting news, but in doing so runs into the Hirogen, again. The Hirogen are not happy.

Prey - The Hirogen. Species 8472. Someone disobeys the Captain.


Bonuse Episodes
We have a few bonus episodes, this week. Here are my thoughts:
Top

For anyone dipping into bonus episodes this week, I just wanna say that I especially have a soft spot for "Waking Moments." I'm not even sure why...I think I just enjoy reality-questioning dream stuff.

Need help with the Forums? Hit up the Questions and Feedback board!
Support Misdirected Mark Productions on Patreon!
Top
Post Reply
4 posts • Page 1 of 1