Hello, and welcome to our third week of Season 4 episodes.

This week, we hit a really good stretch of Voyager episodes, noted by the fact that there are no bonus episodes, this week.
This week we start with more Hirogen Stories and a pretty good one. Then coming down from the ensemble two-part episode we get into some good character episodes for Tom, Seven, Chakotay, and the Doctor.

Here are our episodes for this week... 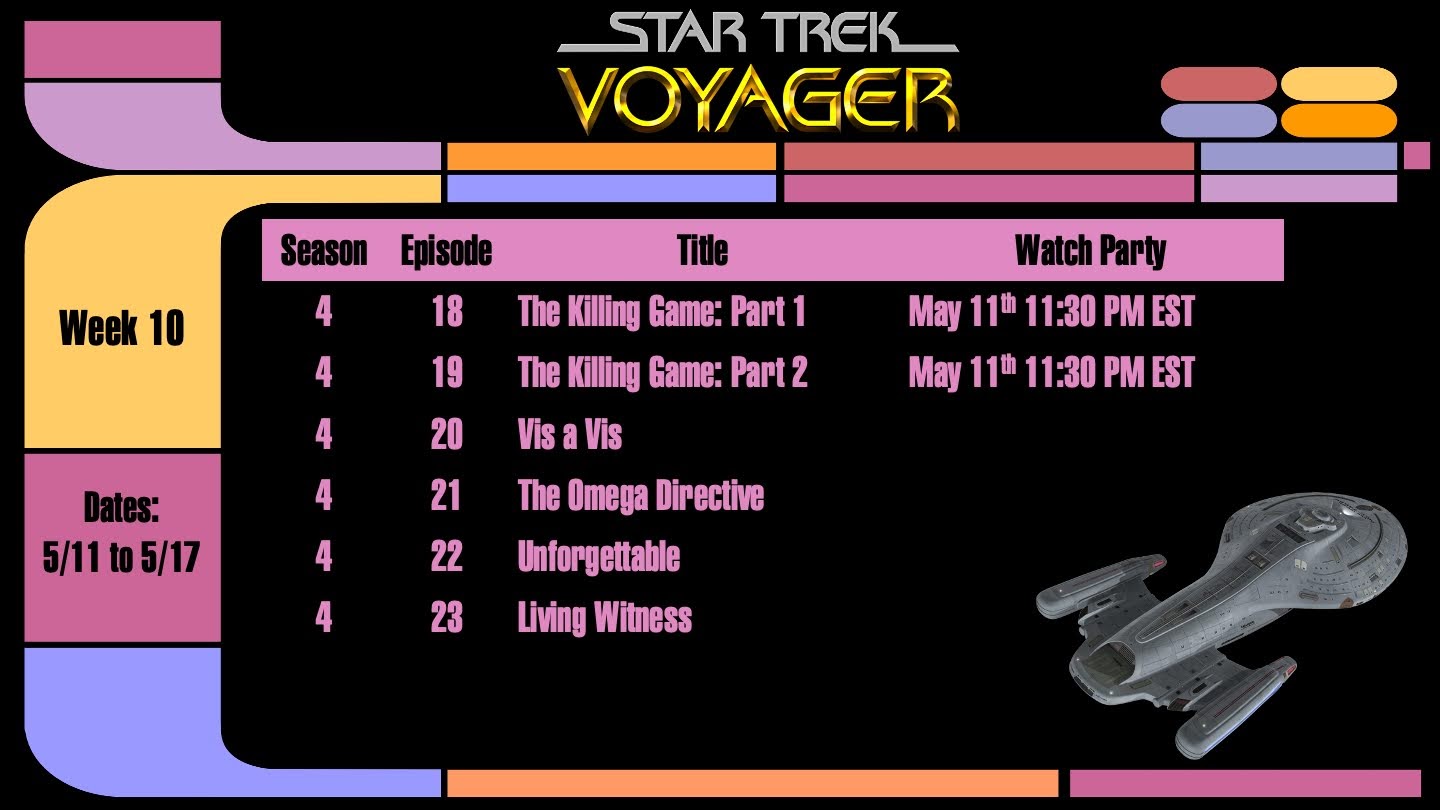 Here are my thoughts about the episodes this week:

The Killing Game - CW: Nazi imagery, WW2. This is a cool Hirogen story. This brings the Hirogen arc to a climax, but it won't be the last time we see them.

Vis a Vis - Tom Paris is getting bored and meets a new friend. But that friend winds up being more than he bargained for (which will happen at least two more times to Tom before the series ends). Solid episode.

Unforgetable - An interesting story about love and memory. It will tug on your heartstrings. Directed by Andrew Robinson (Garak).

Bonus Episodes
Sorry there are no bonus episodes, if you need some more, you can dip into the list from last week.
Top

Oh man, I love "Living Witness." It tickles my love for AU episodes!
Need help with the Forums? Hit up the Questions and Feedback board!
Support Misdirected Mark Productions on Patreon!
Top
Post Reply
4 posts • Page 1 of 1