This week we cross over from Season 4 to Season 5. Similar to Season 4 we will spend four weeks in Season 5, which is a sign of the quality of episodes that lie ahead.

Our watch list this week is one episode shorter from last week. 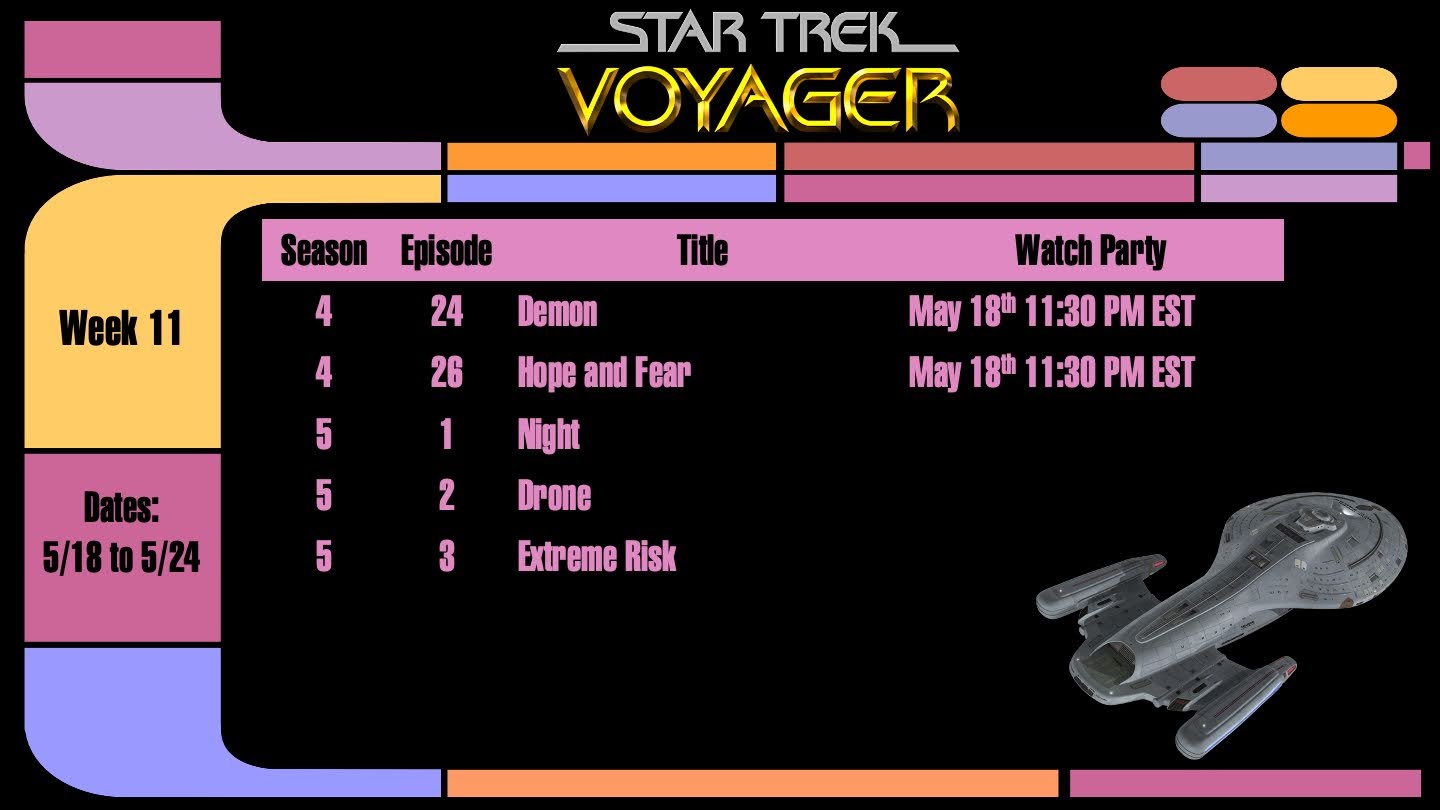 Here are my thoughts on the upcoming episodes...
Demon - This is a Kim and Paris episode. It has a good classic Trek feel, with a hostile planet, a mystery, some interesting science fiction dilemmas.

Hope and Fear - This is the season 4 finale and not a cliffhanger. A decoded message, a chance to go home. Is it all too good to be true? I like this one because it does something that is sometimes lacking in this series, which is consequences.

Night - Janeway wrestles with the weight of 5 years in the Delta Quadrant. The ship passes through a bleak area of space. Several new species are encountered, and one of them has a deadly secret. A solid opening of the show, and I think a good look at the weight of Janeway's command decision that started the series.

Drone - A transporter accident leads to some very interesting and dangerous results. This episode reminds me a bit of the TNG episode I, Borg. It is a good Seven of Nine episode.

Extreme Risk - CW: Self-Harm and Depression. This episode introduces a new ship to the Voyager family, one that will be around for the rest of the series. With that as a backdrop, there is also a serious character plot that examines self-harm.

Bonus Episode
We have only 1 bonus episode this week.

One - This is a Seven and Doctor episode and is about Seven dealings with isolation and coming to learn something about companionship. If you have the time, it's a good watch.
Top