Welcome to the tail end of Season 5. We are going to view the episodes leading up to the season finale, this week.

Once again, this a good bunch of episodes, starting with one of my favorite episodes of the series. We have some good Seven of Nine episodes, this week, and a good Janeway episode. 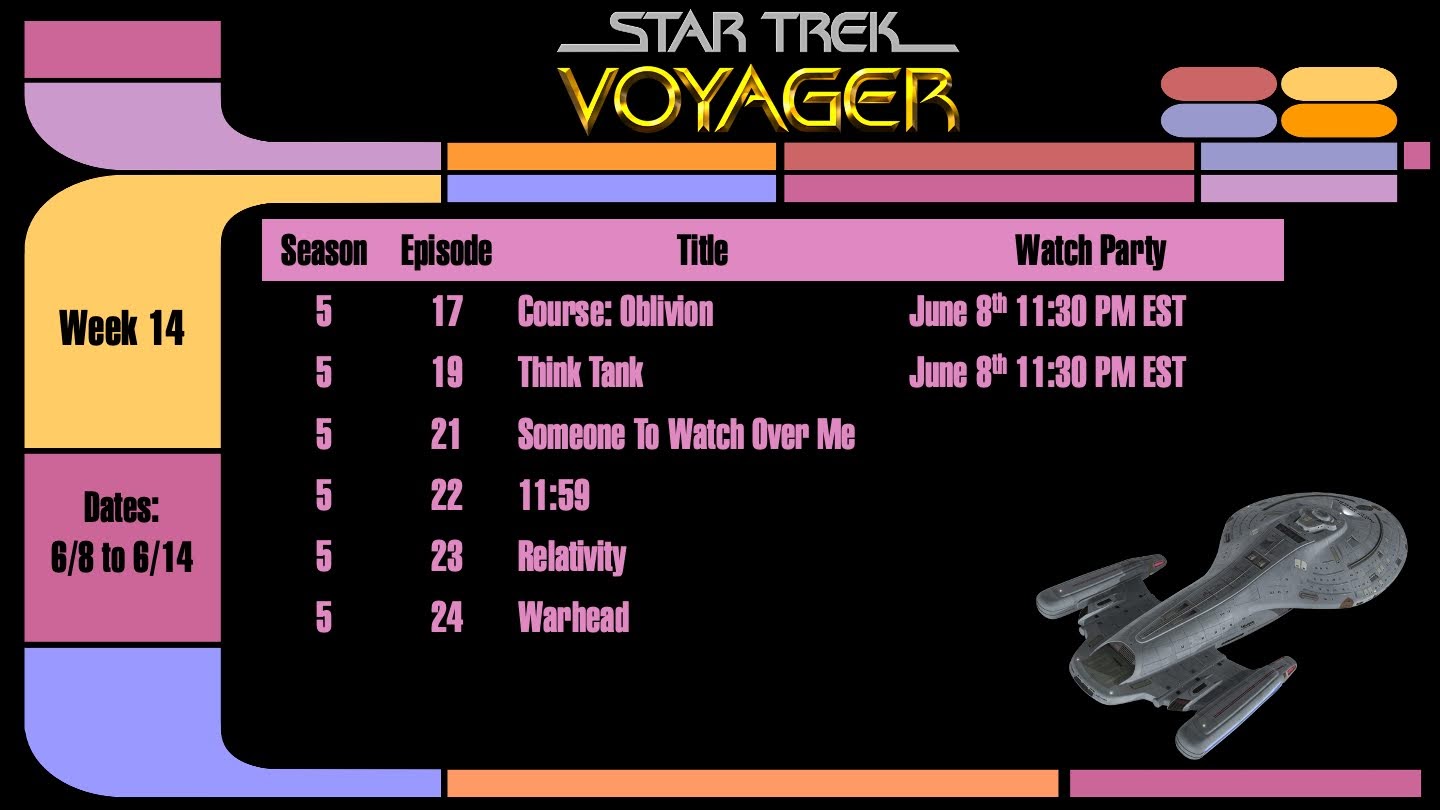 Here are some thoughts on this week's episodes:

Course: Oblivion - Easily one of my favorite episodes of the series. It has some twists and turns, so just go with it and wait for the twist. This episode will hit you in the feels.

Think Tank - A very iconic 90's actor makes a guest appearance in this episode. The crew meets an interesting group of individuals who have taken an interest in Seven of Nine.

Someone To Watch Over Me - The Doctor tutors Seven on the topic of Romance. This one will tug on your heartstrings, a bit. Meanwhile, Neelix has a bit of a hilarious Diplomatic mission.

11:59 - We learn about one of Janeway's ancestors in a series of flashbacks to the year 2000!. Our film fans will recognize someone who was in Road House.

Warhead - A good story about a small, sentient, spaceship that has a terrible secret. The crew attempts to help only to discover it's secret.

Bonus Episodes
We do have two bonus episodes this week.
Top