We are exiting Season 5 and heading into Season 6. This upcoming season continues the run of good episodes that we saw in Season 5. This week, we have a number of bonus episodes because we cannot fit all the good episodes into one week.

Here is what we are watching: 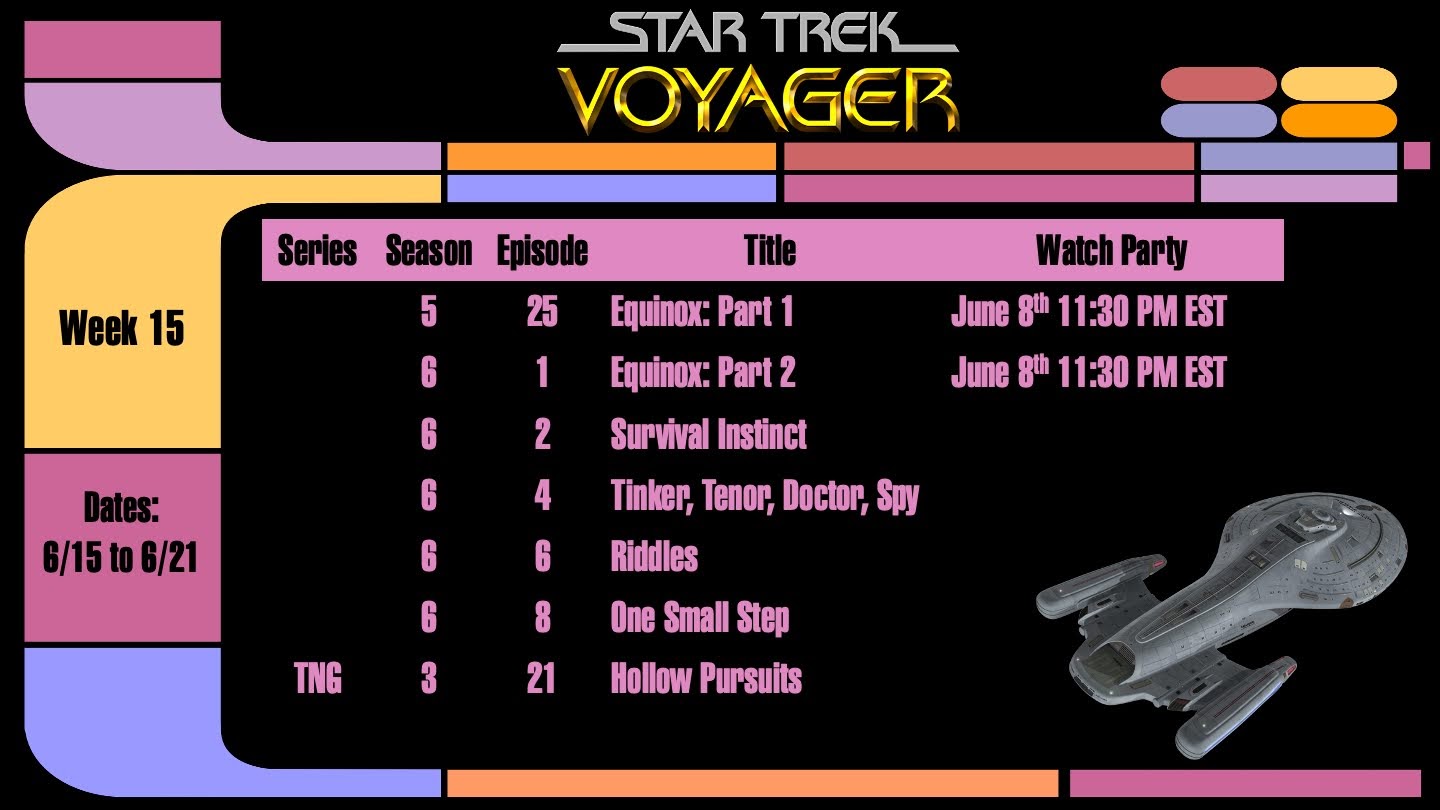 Here are my thoughts on our episodes...

Equinox - Another Federation Starship in the Delta Quadrant?! They have a plan for getting home, but will Janeway allow it? This is a great two-part episode with a disturbing performance by the Doctor.

Survivval Instinct - A Seven of Nine episodes that reveals more of her past.

Tinker, Tenor, Doctor, Spy - A great Doctor episode as the doctor learns to Daydream, and get ready for the ECH.

Riddles - A good Neelix and Tuvok episode, as Neelix helps Tuvok through an injury.

One Small Step - A fun episode about Earth's past as Seven of Nine learns a bit of human history.

Hollow Prusuits - a TNG episode that introduces us to an important minor character, Lt. Barclay.

Bonus Episodes
You completionists have your work cut out for you, this week.
Top