We continue our viewing of Season 3. We have reached mid-season so we are going to start with a 2-part episode. 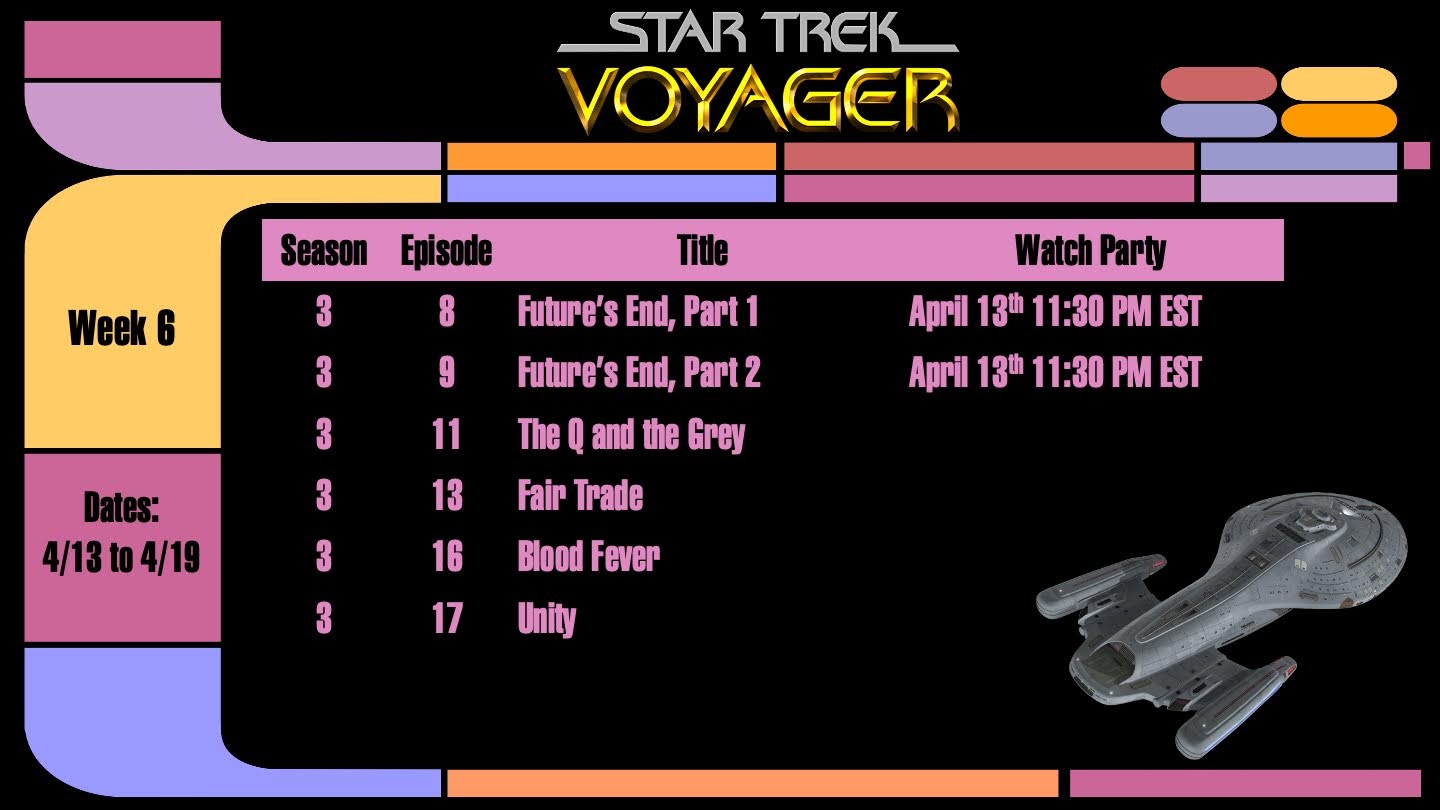 Here are my thoughts on this week's episodes:

Future's End - Part 1 and 2 - It is not Star Trek without some Time Travel, and here it comes. There are some great guest appearances in this episode, and one of the most profound changes for the Doctor comes in this episode. I like this story and its one that comes back later in the series.

The Q and the Grey - If it has a Q in the title you know it's got to be good. He's back and there is some fallout from his last appearance. This one gets a bit weird but overall still good. The other guest star in this episode should look familiar, she played an important TNG minor character.

Fair Trade - This is a good Neelix episode and reveals some more of Neelix's background.

Blood Fever - There is a lot going on in this episode. We meet a new minor character in a weird and awkward way. If this character looks familiar, it is because his twin serves aboard the Enterprise. This episode has it all, Pon Farr, fights, biting, and a big reveal at the end.

Unity - This is a Chakotay episode that involves a very unique colony of people. This episode kicks off what will be one of the major adversaries for the rest of the series, and will make the series much more interesting as we get into Season 4.

Bonus Episodes
This week we have a bunch. Here are my thoughts about them:
Top