This week we start the lead-up to the finale of the series. Episodes 17-24 are basically one extended episode with several plotlines running through them. As not to ruin any of them, I will keep my descriptions of each episode vague.

Events will escalate quickly as we rush towards the two-episode finale.

From this point forward, there are no more bonus episodes. Every episode becomes important.

Here are our episodes this week: 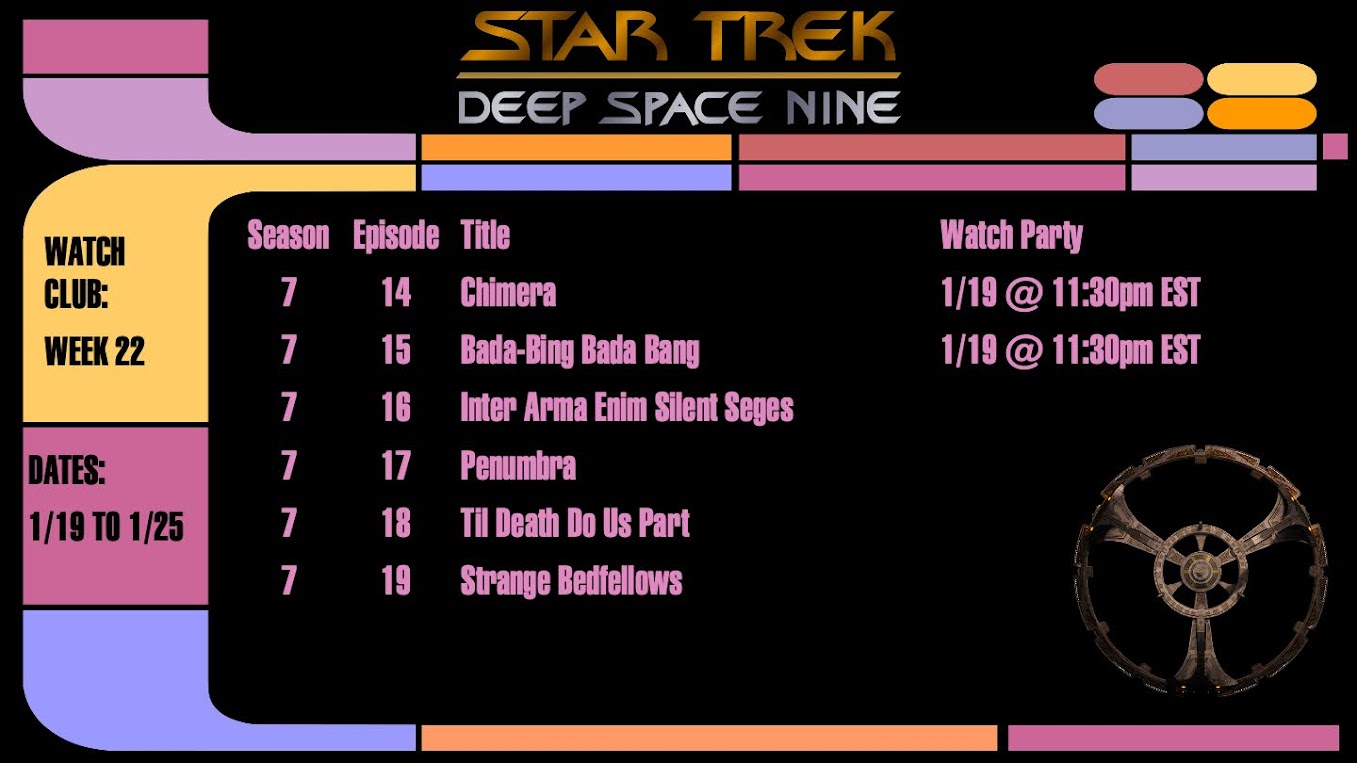 Chimera - This is a bottle episode that is about Odo. If Laas seems familiar, it is because they are being played by Garman Hertzler who also plays General Martok. When I re-watched this episode, it connected with me in a way I was not expecting. This episode has a very strong queer subtext, and it touched me in a deep way. I don't know if it will have the same experience for everyone else, but I wanted to share it with you.

Badda-Bing Badda-Bang - This might be the last light-hearted episode in the season. It is a full-cast episode, which is quite enjoyable ,and based on it's name centers around Vic. This originally was not on my watch list, but with how much everyone has enjoyed Vic, I thought it would be fun to watch.

Inter Arma Enim Silent Leges - This is a Bashir and Section 31 episode. A solid thriller for sure.

Penumbra - This begins the 8-part lead-up to the finale. We are going to see the show launch a number of threads that we will bounce back and forth through as we go through these episodes. In this episode, a new threat enters the picture.

Till Death Do Us Apart - Plots continue and love advances.

Strange Bedfellows - Two new alliances form, and its not good. One is bad, and the other is so much worse.
Top