Watch along and discuss a curated selection of episodes from Star Trek: Voyager and join for weekly watch parties!
Post Reply
2 posts • Page 1 of 1

This is the end of our voyage.
I want to thank all of you who have watched through all the Voyager episodes. It was fun for me to curate and share this list out, as well as enlightening and enjoyable for me to have a second watch-through of this series. I have, upon this second, re-watch, grown my appreciation for this series and the characters. I hope that you did as well.

This week, we have only one episode to watch, the two-part finale, Endgame. 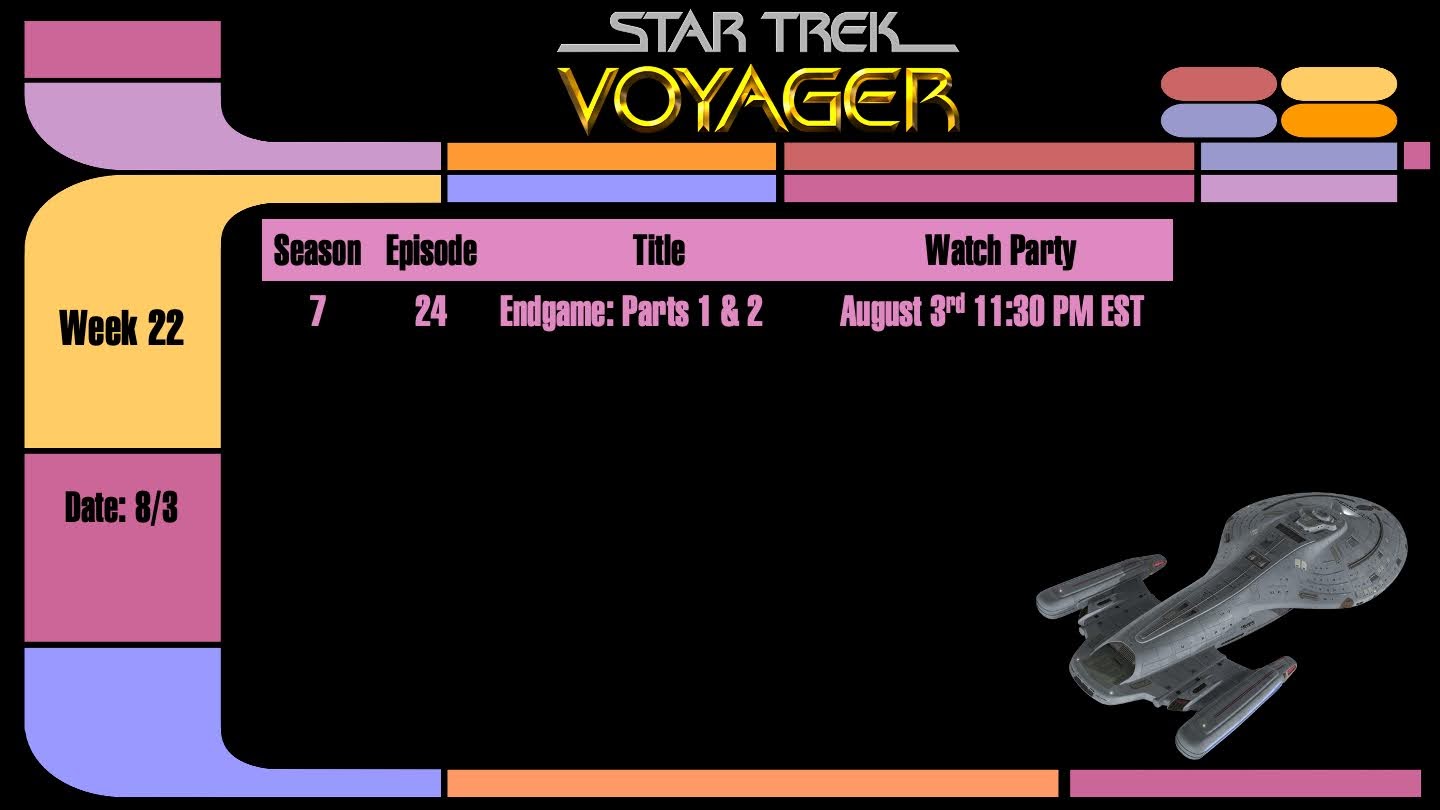 I rather enjoy this episode which, I think does a good job bringing the series to a conclusion. It is a very strong Janeway episode, which I think is fitting, based on her being such a great character and captain, as well as the on going story arc about her guilt for stranding the crew in the Delta Quadrant.

Thank you again for watching, and when the Voyager Documentary comes out, we will arrange a watch party.